It has been reported that Manchester United boss David Moyes is delighted with the impact this season of Adnan Januzaj.

The Belgian starlet has been outstanding for United when called upon this term. 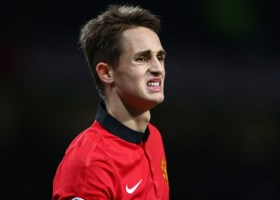 “We took him on tour and since then he just kicked onto another gear.

“He was going past people on the inside and outside. All his decision-making was correct and he can score with both feet.

“He is still learning and we still have to be careful with him but he has gone on so quickly.”

Januzaj’s progress pleases Moyes because it fits in with the Manchester United tradition he is so keen to be a part of.

And he knows how important youth development is at his current club.

“I see it written on the walls around the academy,” said Moyes. “I do want to be a manager who gives young boys an opportunity.

“I was like that at Everton – and Preston as well. I hope I am able to do that at Manchester United.”