Reports are out claiming that Manchester United boss David Moyes is pushing to get three deadline day deals done this afternoon. 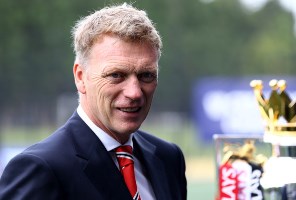 And United are now in talks with the representatives of Marouane Fellaini as they push to agree terms over a fee for the midfielder with Everton.

But Moyes won’t be done with his midfield double.

He wants a third signing, which is most likely to be defensive. Moyes has spent the entire day at Carrington and will be working well into the night to get all three deals complete before the 11pm deadline. Arsenal, Man Utd Set To Do Battle For Mats Hummels