It has been reported that Manchester United boss David Moyes has welcomed their Champions League tie with Bayern Munich.

The Scotsman admitted that Bayern were the tournament favourites. 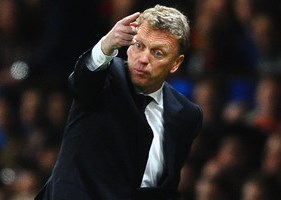 But he insisted: “I was thrilled that we were in that draw and we’re in the quarter-finals of the Champions League. When we were 2-0 down to Olympiacos a week or so ago, I don’t think a lot of people were putting us through to the quarter-final draw.

“So in a lot of ways it didn’t matter who I drew. But I’ve got to say I’ve drawn out the favourites and obviously the holders of the cup competition as well so it’s a really tough draw for us, but one that I’m looking forward to.”

Bayern director of sport Matthias Sammer said United’s threat should not be under-estimated, even if they are struggling in the Premier League.

“It’s a highly attractive draw,” he told the club’s website. “They showed in the second leg of their last-16 game what they’re capable of.

“On a good day, they are deadly. We must ensure they don’t have two good days. I’d say the draw’s manageable, but dangerous.”