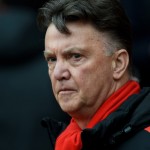 Reports are out claiming that Manchester United boss Louis van Gaal insists he doesn’t think about missing out on the Liverpool job.

The United manager resisted the temptation to reveal how close he came to becoming Director of Football at Anfield when he held talks about taking up the role in 2012.

Van Gaal said: “Liverpool are in the past. I am manager of Manchester United and they are No 1 in England.

“Liverpool also has a very good record and history, but I am the coach of Manchester United and I can’t speak about Liverpool now.

“I can speak about them as an opponent but not as a club. Yes, there was interest, but it’s not important now. Last week, I was asked about Tottenham. This week it’s Liverpool.