It has been reported that Manchester United boss Louis van Gaal has agreed to the club playing money-spinning midweek international friendlies. 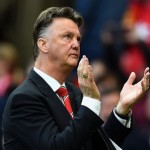 In the summer, the Dutch tactician hit out at the club’s extensive summer travelling, claiming it was not ideal for pre-season.

But he has spoken to club chiefs Ed Woodward and Richard Arnold about changing that for the second half of the season.

He said: “I agree with that. I said that also. We have spoken last week with each other and Ed Woodward so I fully agree.

“I’m used to playing midweeks but I have said in the first three months we have to wait because it’s difficult enough for the players to adapt and adjust to the new play organisation and style.

“They shall honour that also but we shall play midweeks, it’s good because I like to play games against high level opponents.”