It has been reported that Manchester United boss Louis van Gaal admits Radamel Falcao faces being the fall guy for his lone striker system. 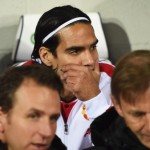 And it will raise questions why United took Falcao on loan for a year from Monaco with a view to making the deal permanently next summer.

“The problem for Falcao is that the balance of the team is more important than the individual,” he said. “It is not his fault and not because of his performances.

“With the other system I could play with two strikers but then the balance wasn’t good and we had difficulties in the last half-hour of games.

“Since then we have scored fewer goals but conceded less and we have played the better teams [Chelsea and Manchester City] on an equal level, more or less.”