Reports are out claiming that Manchester United’s Louis van Gaal has requested a personal hearing after denying a misconduct charge. 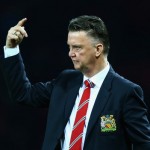 The Football Association charged with the Dutchman after he made negative comments toward referee Chris Foy following his side’s FA Cup fourth round draw with Cambridge United on January 23.

Van Gaal was set to respond to the charge by 6pm on Monday but was given an extra 24 hours and has now denied any wrongdoing, prompting the FA to take the case further.