Reports are out claiming that Manchester United boss Louis van Gaal has confirmed he wants to find new defensive signings. 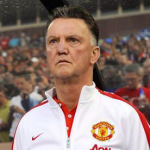 The Premier League giants are finding it hard to persuade Borussia Dortmund to part with Mats Hummels while a move for Arsenal’s Thomas Vermaelen is yet to materialise.

The United boss is still hoping new arrivals will come though.

“I am looking at the defenders we have first,” Van Gaal said.

“And when you see our three matches, we are doing well I think but it is right that we are looking for defenders because a lot of defenders have gone.

AS Roma Open Talks With Arsenal For Mathieu Debuchy