It has been reported that Manchester United boss Louis van Gaal has slammed Pep Guardiola for claiming none of his Bayern Munich players would want to move to Old Trafford. 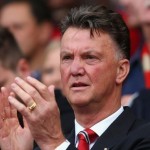 The Spaniard insisted United made offers for Bastain Schweinsteiger, Thomas Muller, Arjen Robben and Toni Kroos but didn’t have enough money to buy them.

However, the Dutchman ridiculed Guardiola’s comments, saying: ‘‘I think every player who I’ve spoken to wanted to play for Manchester United. It is unbelievable that in spite of not playing in the Champions League, the players are coming and willing to come.

“That is surprising but that is because of the greatness of this club and they believe in the project we have started now. I say it again, it needs time.” Victor Valdes Not Giving Up On Manchester United Career