Manchester United boss Louis van Gaal has declared that the top four battle will run to the end of the season. 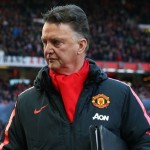 United moved back into third spot with a 3-1 success against Leicester City on Saturday, but Liverpool and Tottenham also collected three points.

“I have already said in press conferences [that the race for a Champions League spot could go to the final weekend] because that is a big battle,” the boss confessed to MUTV.

The Reds gained two points on City and Chelsea this weekend, and while the league’s leading pair have been the clear front-running title chasers this season, van Gaal still has his sights on finishing as high up the table as possible. “We are [five] points off Manchester City, for example,” he said. “So I believe it shall be a big battle in the end.”