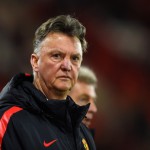 When asked if he was surprised by the Merseysiders’ recent poor form, he replied:

“What is a surprise in England? Anything can happen. Every match in the Premier League is a difficult match. I still think Liverpool can fight for the top four places and still I have belief in that team because they have fantastic players but they also have a lot of injuries which is not so easy to manage.”