It has been reported that Manchester United boss Louis van Gaal has stated that the players indeed hold more influence than the manager these days. 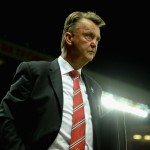 Van Gaal has always been known as a manager who rules with an iron fist throughout his career and he certainly does not have any problems showing the door to players who do not follow his ‘philosophy’.

However, the Dutchman has now revealed that he has eased upon his strict disciplinarian ways as the players hold a lot more influence nowadays.

Van Gaal said: “The manager has influence, but the players much more. They have to build up a structure in the dressing room and that’s really important.

“They have to accept that structure. That is why I do that every season – every season I shall do that – because I think we need that new stimulus.”