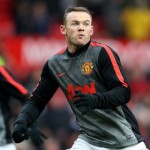 Reports are out claiming that Manchester United boss Louis van Gaal is eager for Wayne Rooney to prove himself at Liverpool.

The England and Manchester United captain has scored just ONE goal at the home of his biggest rivals in his entire career.

The Dutchman is convinced Rooney doesn’t have a mental block when he runs out at Anfield and said: “It’s strange because I’m not superstitious, so we have to change that feeling also with Wayne.

“I have grounds where I never won as a manager or a player with a certain club. But then with another club I always won, for example.

“It’s strange but it can be like this – and I hope I can change it with Wayne.

“It can be (a mental thing), I cannot deny that, but I don’t think that Wayne has a block of that, no.

“He’s a very experienced player, he has played on all the grounds in the world so I don’t think that he shall be influenced by the fans at by the stadium or something like that.

“But Liverpool, for Manchester United, is not a very easy ground. But now I’m the manager here maybe we can change that.”