It has been reported that Manchester United boss Louis van Gaal insists there’s no fitness concerns for Robin van Persie. 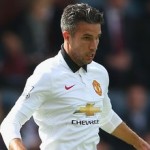 The former Arsenal striker has already rubbished reports that he requires a knee operation as he looks certain to feature against QPR on Sunday.

“I think that Robin van Persie is fitter than [he was] for the World Cup,” explained the boss.

“He was injured before it but he fought to be there.

“Maybe you remember that I let him train for the first three weeks before he entered into a game. I think he is fitter than I’ve ever seen him before.”