Reports are out claiming that Manchester United captain Wayne Rooney is eager to see their new signings step up to the mark. 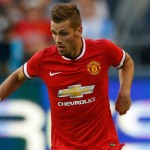 And the captain laid down the gauntlet to the incoming quartet.

“It is obviously important to help the new players settle in but the ones we have brought in are experienced and successful,” he explained.