It has been reported that Manchester United captain Wayne Rooney doesn’t regard Manchester City as understrength for tomorrow’s derby. 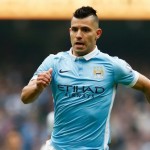 Speaking with the United Review, the official matchday programme, Rooney was asked whether the absence of Sergio Aguero and David Silva will have an impact on the derby’s result.

“Nowadays the top teams have such good squads that they can cope with injuries,” says Rooney. “The players they brought in cost over £100million in De Bruyne and Sterling, so they are two fantastic young players and we have to nullify their threats and take advantage of their flaws.

“Raheem is a fantastic player and a great lad as well, but he is still a young lad and still has a lot to learn. The good thing about Raheem is that he wants to learn. He has started his career at City really well, but hopefully we can slow him down a bit on Sunday and come out on top.”