Reports are out claiming that Claudio Marchisio’s future at Juventus is again in doubt. 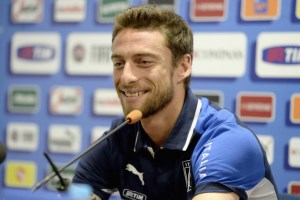 It is said that the Italian international midfielder has concerns over the emergence of Paul Pogba this season and is questioning where he sits in coach Antonio Conte’s long-term plans.

Sportsmediaset reported that the 27 year old has raised the possibility of asking away as early as January with his representatives if his situation doesn’t change.

The midfielder has been a long-term target for Manchester United, while he is also admired by Chelsea boss Jose Mourinho.