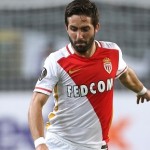 It has been reported that AS Monaco midfielder Joao Moutinho admits he’s considered leaving.

Moutinho has been linked with Chelsea and Manchester United.

He admits the departures of Monaco’s top talent has left him pondering his own future.

“I have asked myself the question (about leaving), there were talks but nothing concrete,” he told L’Equipe.

“We will see what will happen at the end of the season.

“Today, there is no point talking about it. I am at Monaco, I am focused on my club.

“If you keep your best players, it is better. Here we do the opposite.”

Sir Alex Ferguson : There Will Be Changes At Manchester United