Interesting transfer news are out claiming that Manchester United boss David Moyes is ready to go back to Everton for Ross Barkley. 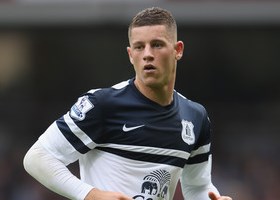 The Daily Star Sunday claims that Moyes will swoop for Everton starlet Barkley with a £20million transfer window bid.

However it is said that the Manchester United boss faces a fight for the wonderkid with Chelsea manager Jose Mourinho also keen to land his services.

United are long-term admirers of Barkley and Sir Alex Ferguson made an inquiry about him when he was just 17.

Moyes knows he has to add flair to his midfield and knows what excellent potential Barkley, 19, has, having worked closely with the youngster during his time at Goodison Park.