It has been reported that Leicester City face a battle keeping hold of youngster Hamza Choudhury. 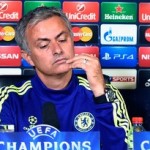 The Daily Express claims that Chelsea and Manchester United are keeping close tabs on his progress.

The 16-year-old is developing at a rate of knots, and has already earned rave reviews from clubs throughout Europe, including Catalan giants Barcelona.

His progression has not gone unnoticed at international level either, having been named on the standby list for Neil Dewsnip’s England Under-18’s team.