Reports are out claiming that Chelsea and Manchester United are going head-to-head this week for Southampton fullback Luke Shaw. 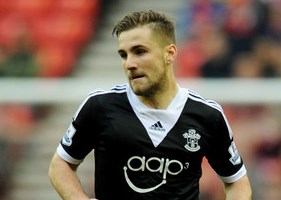 The 18 year old is a major target for both Premier League giants.

The Mirror claims that Chelsea were placed on red alert late last week by news of United’s £22m move for the England U21 international.

It is said that the Londoners had been planning to wait until the summer to try to entice Shaw away from St Mary’s, but the champions’ move will prompt them to signal their own interest amid a determination not to miss out on Shaw, who has been earmarked as their long-term replacement for Ashley Cole.