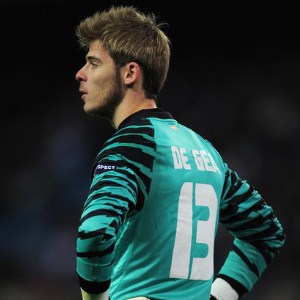 Sensational news are out and it has been revealed that Premier League giants Manchester United have struck terms with Atletico Madrid for goalkeeper David De Gea.

According to Sport, the deal is all but done for the 20 year-old shot-stopper, who will move to Old Trafford for €20 million.

It is said that talks were held between the two clubs in England yesterday with both Atletico and De Gea have approved the transfer.

The 20 year old Spanish goalkeeper now only needs to pass a medical and for all contracts to be signed for the deal to be closed.

Atletico chose to cash in on De Gea as they need funds to carry out their plans of a major squad overhaul in the summer.