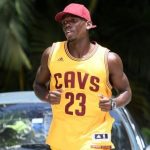 It has been revealed that Manchester United will aim to close an agreement with Juventus over Paul Pogba in the next 24 hours.

SportMediaset claims that United intend to up their offer tomorrow to clinch an agreement.

The English club will raise their offer from €110m to €120m, which should be enough to get the deal over the line.

The transfer would then be officially announced on Wednesday, allowing Pogba to officially complete his move to Old Trafford.

In total, it’s likely the transfer will cost United around €140m, as they’ll have to pay Raiola’s 20 per cent commission.