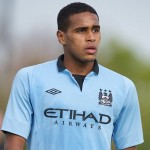 Sportsmail revealed last week how the 20-year-old right back, who only joined Salford in December, had impressed United staff during a game between United’s Under 21s and first-team fringe players.

Adnan Januzaj, Darren Fletcher and Victor Valdes were among the stars to feature in that match, with El Fitouri standing out.