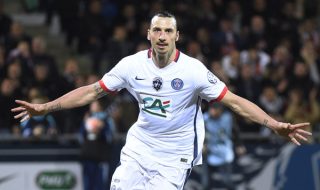 It has been reported that Manchester United are convinced they can will land departing PSG star Zlatan Ibrahimovic.

The striker is looking for a club who can afford his £220,000-a-week wage demands after leaving Paris Saint-Germain with four Ligue 1 titles in as many seasons.

Mourinho knows the signing would go down well with United fans, and sources claim it is close to being a done deal after the Portuguese sounded out the 34-year-old.

One even described it as a ‘dead cert’ for Mourinho to get his man, though it rests on United agreeing to the demands made by Mino Raiola, Ibrahimovic’s agent.