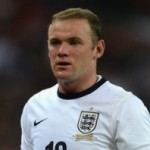 It has been reported that Manchester United have confirmed they’ve turned down a new bid from Chelsea for Wayne Rooney.

It is said that Chelsea made an offer for the England international on Sunday, thought to be around £25million, but it was immediately rejected.

A United spokesman told Press Association Sport: “A bid was received yesterday and immediately rejected. Our position remains that he is not for sale.”

Wayne Rooney is currently out of the Manchester United squad for the pre-season friendly against AIK in Sweden after injuring his shoulder.