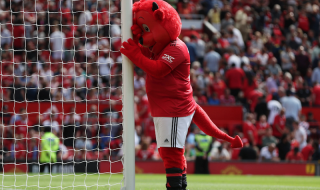 In what may not come as surprise to many, especially Utd fans who want the Glazers Out, Manchester United has announced a net loss of £115.5million for the 2021-22 season even though revenues rose by 18 percent to £583m.

Figures released incorporating the final quarter of their financial year, which ended in June, showed losses rose by £23m on the previous 12 months.

United put that rise of £95.4m primarily down to £64.6m of unrealised foreign exchange losses on the retranslation of borrowings in United States dollars.

Revenue rose by £89.1m, while United paid out £33.6m in dividends to shareholders.

“Our financial results for fiscal 2022 reflect a recovery from the pandemic, a full return of fans and new commercial partnerships offset by increased investment in the playing squad,” said chief financial officer Cliff Baty.

“Our results have been adversely affected by the absence of a summer tour in July 2021, material exceptional and increased utility costs, and the impact of the weakening of sterling on our non-cash finance costs.”

18 Questions with Paul Scholes – The Overlap


The Major Differences Between MLS Soccer and the EPL