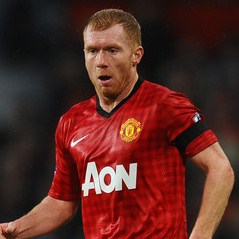 It has been revealed that Phil Jones has heaped praise on teammate Paul Scholes.

The Manchester United defender has declared that Scholes is still king at Old Trafford.

He told manutd.com : “It has to be Paul Scholes. He is a joy to watch, even just in training. He is a magnet to the ball in training and in games. He just never gives it away and he can pick out anyone on the field with a pass other players wouldn’t even see. He’s an incredible player,”.

Fernando Llorente Happy To Be Linked With Arsenal, Tottenham