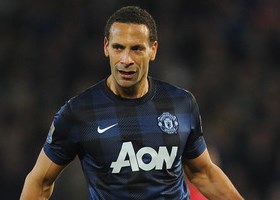 It has been reported that Rio Ferdinand could leave England at the end of the current season.

The 35-year old former England international centre-back is out of contract in the summer and is unlikely to be offered a new deal by David Moyes according to the Daily Mail.

It is believed that Ferdinand could emerge as a target for Major League Soccer who are keen on bringing more top quality players over from Europe in 2014.