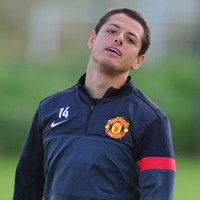 Interesting transfer news are out claiming that Manchester United boss Sir Alex Ferguson is ready to use Javier Hernandez in a swap for a Real Madrid star.

The Daily Star reported that rather than contemplate a straight cash deal for the 24-year-old, Fergie is keen to see at least one of Madrid’s stars move the other way in return.

Fergie’s dream target would be midfielder Kaka, after he aborted a bid for the Brazilian in the summer.