It has been reported that Manchester United boss Louis van Gaal is determined to clinch a deal for Bayern Munich midfielder Bastian Schweinsteiger. 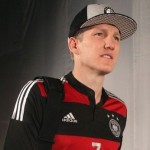 It is said that Van Gaal is convinced that Schweinsteiger is the world class midfielder United’s midfield needs and the Old Trafford club appear ready to move rapidly.

Having entrusted Van Gaal with the job of reviving the club, United are ready to abandon the exhaustive process of due diligence which Moyes was asked to undertake when he wanted players in his single season at United.

Schweinsteiger is thought not to move the ball quickly enough for the kind of football Bayern boss Pep Guardiola is trying to introduce at the Allianz Arena, and the Spaniard is ready to move him on this summer.