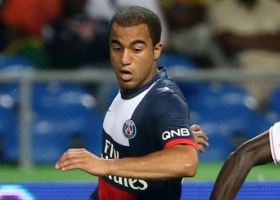 The Daily Mail reported that PSG have held talks in Qatar with representatives of Dnipro winger Yevhen Konoplyanka this week.

Moyes will be encouraged, as he continues to explore the prospect of prising Lucas Moura away from the Parisiens this summer.

The United manager made enquiries after the Brazil international in January and was informed the player would assess his options at the end of the season.

After a difficult first-half of the season, Lucas has won back his place in coach Laurent Blanc’s first team, but their relationship remains tense.

The news of PSG opening talks with Konoplyanka is sure to concern the midfielder – and encourage Moyes ahead of the summer market.