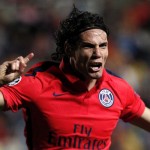 Reports are out claiming that Juventus are determined to land a big name striker signing this summer.

The former Napoli star is keen on a return to Serie A, but is waiting to hear from Manchester United over their interest.

Another stumbling block for Juve is Cavani’s current €7.5 million salary, which reaches €10 million through bonuses. Juve’s top earners are Carlos Tevez and Paul Pogba on €4.5 million-a-year.

Juve’s move for Cavani is independent of their mooted deal for Sassuolo striker Simone Zaza.