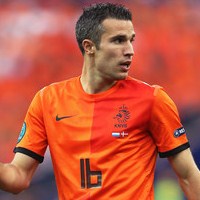 Juventus are giving up on Arsenal striker Robin van Persie.

Arsenal have slapped a £30m price-tag on their skipper’s head, with Manchester United and Manchester City also keen.

But the Italians doubt whether signing the 29-year-old for mega money will be worth it.

Arsene Wenger is fuming his pre-season preparations are being soured by a transfer saga again.

Juve director Giuseppe Marotta said: “Talk of our real interest in him seems excessive to me. A top player is not only judged by how much he costs.

“It can also mean a player who costs less but on the pitch shows an absolute value.”

George Graham Insists Arsenal Fear No One In Europe