Reports are out claiming that Manchester United are edging closer to landing Benfica defender Ezequiel Garay. 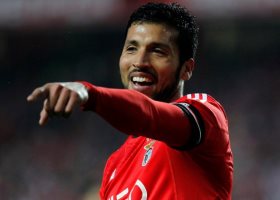 The Mirror reported that United are close to agreeing a deal for highly-rated Benfica centre-back Garay, as part of a big summer shake-up at Old Trafford.

The 27 year old Argentine international has one year left on his contract in Portugal and is poised to quit this summer.

United are now in pole position for his signature and ready to fend off competition from Manchester City and Zenit for the ace.

Garay has a €20million release clause – worth about £17m – but United hope for a discount with his contract running out.