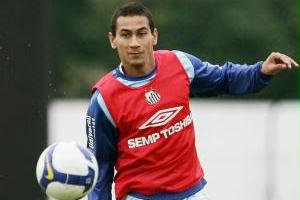 The talented youngster has been dubbed ‘the new Kaka’ and is being chased by a host of European clubs including United, Bayern Munich, Juventus both Milan clubs and Manchester City.

Santos president Alvaro Luis Ribeiro insists that the 20 year old is not for sale this summer.