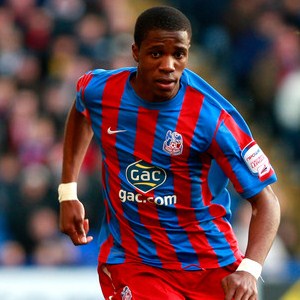 It has been revealed that Manchester United have joined the race to sign Crystal Palace sensation Wilfried Zaha.

The 18 year old striker has already made 41 appearances for the Championship side, since making his debut last season, and has been linked with a move to Liverpool since December.

Since then, however, he has broken into the England Under-19s and has now attracted the attention of the Premier League’s top two sides.

If Palace are relegated from the Championship, Zaha is expected to be sold, says talkSPORT.

Liverpool Linked With A Move For Porto Fullback Alvaro Pereira