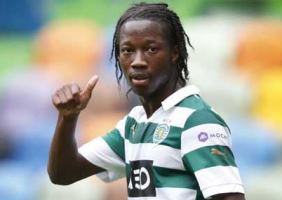 A Bola reported that Manchester United have joined at least four Premier League rivals in tracking the teen.

The Portuguese U19 international is understood to have been observed by Manchester United during his Sporting Lisbon B side’s second division win over Olhanense last weekend. Jose Mourinho Hits Out At Chelsea Players After Maribor Draw