It has been reported that Feyenoord teenager Tonny Vilhena is being watched by Manchester United. 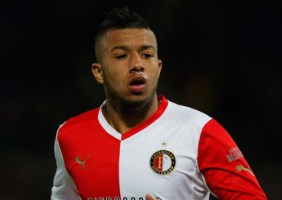 The Mirror revealed that Dutch under-21 midfielder Vilhena, 19, has also been watched by Juventus and both Premier League champions United and their Italian counterparts are interested in a £5m deal.

Vilhena has already won two European U17 titles as part of the Dutch squad that bagged back-to-back Euros silverware in 2011 and 2012.

The youngster netted the winning penalty in their 2012 shootout against Germany.

Rooney Believes Michael Owen Will Be A Success In Manchester United