Interesting transfer news are out claiming that Juventus and Manchester United have stepped up their interest in Schalke midfielder Julian Draxler. 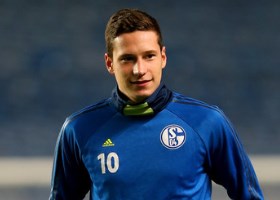 The young Germany international is rated among the brightest new talents in Europe and Calciomercato.com says both Juve and United scouts have been conspicuous in recent weeks at Schalke games.

Draxler has insisted he won’t leave Schalke in midseason, though admits he has spoken with his Germany teammates Mesut Ozil and Per Mertesacker about life at Arsenal.