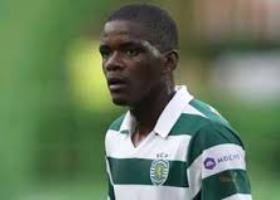 Reports are out claiming that Manchester United continue to be active in the Portuguese transfer market this season.

A Bola claims that United scouts were in the stands for Sporting Lisbon’s clash with Maritimo on Saturday.

United representatives were joined by scouts from Juventus and both European giants are understood to be following Sporting midfielder William Carvalho.

The 21 year-old is being tipped for a senior Portugal call-up later this season.