Reports are out claiming that Manchester United are keeping tabs on Argentine attacker Lautaro Rinaldi. 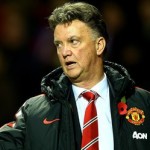 The 20 year-old is impressing United’s South American scouts after his breakthrough for Argentinos Juniors this season.

TMW claims that representatives from United, Torino and Udinese have been regulars at Argentinos games to run the rule over Rinaldi in recent weeks.

Rinaldi, primarily a centre-forward, made his Argentinos Juniors debut in September.

Standing at 180cm, the young forward has spent his entire career with Argentinos.

No offer for David Villa from Man Utd