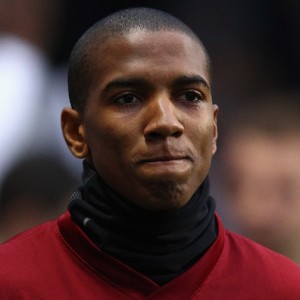 Reports are out claiming that Manchester United are keeping tabs on Ashley Young’s situation at Aston Villa.

According to The Mirror, United have even phoned Villa about Young, while Liverpool also are interested.

England ace Young, now age 25, has reportedly rejected a new contract at Villa Park and has only 18 months left on his current deal.

Houllier admitted: “In January the best clubs keep their best players but you never know if someone comes with crazy money.

“We hope to keep him and he knows that the club’s will is to keep him.

“We could keep him until the end of his contract – with him we would finish in a better position.

“In the meantime I don’t think he will leave in January.”

Liverpool are favourites to sign Young, who earns £65,000-a-week at Villa and has 11 England caps.

But Young is not cup-tied in the Champions League so United manager Sir Alex Ferguson could have him available for the knock-out stages.