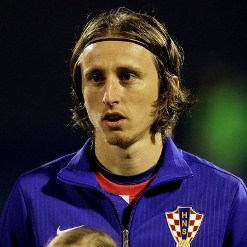 Sensational news are out and it has been revealed that Manchester United are making their opening bid for Tottenham midfielder Luka Modric.

The Mirror reported that United are ready to test Tottenham’s resolve to keep Modric – with a £22million bid.

The 26 year old Croatia midfielder has been on Sir Alex Ferguson’s wish-list for some time but although Tottenham value him at around £30m, United are unwilling to pay that much for the 26-year-old playmaker.

Spurs will hold out for as much money as they can, and United are certain to have to increase their initial offer.