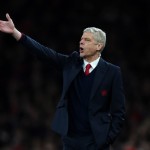 Reports are out claiming that former Manchester United defender Rio Ferdinand has stated that Arsenal need to win the Premier League title this season.

Arsenal are all but eliminated from this year’s Champions League following the 2-0 home defeat against Barcelona in the first leg of the Round of 16 at the Emirates Stadium on Tuesday night.

Despite the disappointment, Ferdinand believes that the exit from the Champions League could actually help Arsenal’s Premier League title aspirations and has urged the Gunners to now seize their opportunity.

Speaking to BT Sport, Ferdinand said: “Going out to Barcelona, they are capable of beating any team on the planet. You can’t judge Arsenal on that.

“The league has been so inconsistent especially with the way the top teams have fared, but this is the year Arsenal should go on and win it. If they don’t I’m sure questions will be asked.”