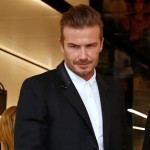 Reports are out claiming that Manchester United and Real Madrid legend David Beckham is finalising his MLS franchise launch.

The People reported that Beckham is set to make a major announcement on the future of his Miami-based MLS franchise before the end of March.

A stadium site is still yet to be identified but the likelihood is that the franchise, which is due to come into existence in 2016, will groundshare for at least one season.

Two proposed waterfront sites have been rejected by Miami officials and, as a result, Beckham could now look to the Florida International University campus while the franchise establishes itself.

One local politician, county commissioner Juan C. Zapata, who is a supporter of Beckham’s, will push forward the idea of playing at the FIU Stadium.

He said: “It makes it easier to sell a known product. And it doesn’t look good for us to not be proactive.

“Until we figure out a stadium plan, I think we’ve got to get a team on the field.”