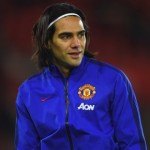 In his recent column for United Review, the 74 year old said: “Falcao looks well and is a very good player. There is no doubt about that and once he gets fully fit and feels right, he will come good. Good players will always play well, no matter which team they go to. It’s just a matter of slotting in.”

Law’s own United career began when he returned to the UK in 1962 after a short spell in Italy with Torino.

He admitted to ManUtd.com: “I think it can be difficult for overseas players to adapt. Not as difficult probably as it was in our day because the world has shrunk. We had a telephone and that was basically it.

“Now with the communications we have today, you don’t feel so isolated from another country but it’s still not easy to settle into a new country with a different way of life, different food and of course, the language as well. But these guys are young and pick things up.”