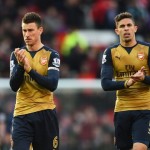 Reports have emerged claiming that Rio Ferdinand has slammed Arsenal for their performance against his old club Manchester United on Sunday.

The former Red Devils centre-back suggested the Gunners would have been licking their lips when they saw the team sheet at Old Trafford before they went down 3-2 to Louis van Gaal’s men.

He posted the following on Twitter in the wake of the loss which saw teenage debutant Marcus Rashford score a match-winning brace. 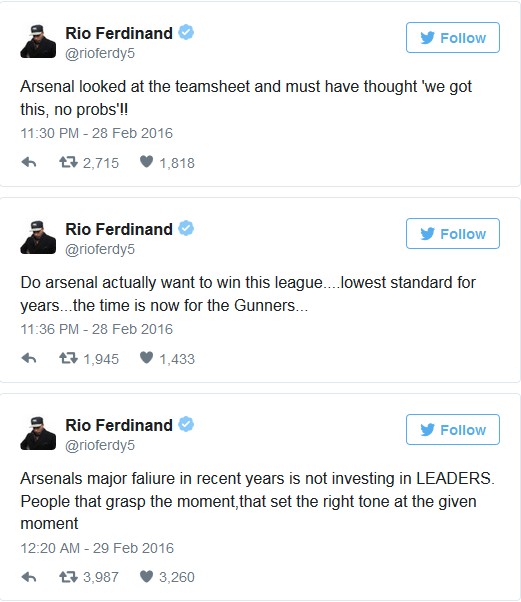