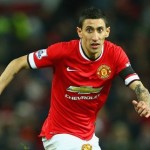 Reports are out claiming that Manchester United legend Gary Neville has sympathy for Angel di Maria.

It’s no secret that the Argentine international is finding life at Old Trafford difficult, and has received fierce criticism for his failure to find the net in 15 Premier League appearances.

However Neville has moved to 27-year-old’s defence, stating the psychological effects of leaving Real Madrid should not be underestimated.

In his exclusive column with the Telegraph, Neville wrote: “I just believed he would come into the team and light the place up – seven months on, that has not happened.

“But since that day [scoring against Leicester], Di Maria has scored just two more goals – one of them coming against Yeovil in the FA Cup – and he has quite simply looked a shadow of his former self.

“Di Maria’s season has now reached the stage where he is low on confidence and not delivering what everyone expects him to produce.”