It has been reported that Molde coach Ole Gunnar Solskjaer is being linked with the West Bromwich Albion job. 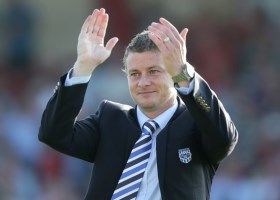 The Daily Star claims that the Manchester United legend is top of Albion’s list after head coach Steve Clarke was sacked on Saturday night.

The 40 year old is in charge at Norwegian outfit Molde, who he has led to three successive league titles and a Norwegian Cup win.

Solskjaer has the kind of work ethic and coaching credentials which fit into chairman Jeremy Peace’s blueprint for the job and is also young and hungry, which he sees as a prerequisite for the post.